Blockchain as a Data Structure

The Blockchain is a Data Structure

A data structure is a way to store, organize, and manage data. A data structure enables you to access, add, modify and search the data contained within it. Some of the most common and basic data structures include arrays and linked lists.

An array is a number of enumerated elements. These elements can be numbers, letters, words or even entire files. The indices allow you to access any element individually, so if you want to modify an entry in an array and you know it’s location, you have instant access.

Nodes are the data elements in a linked list. A node comprises at least one data object and a pointer to the next element. This pointer’s function is to tell your computer where to find the next element of the list.

If you are searching for a specific piece of data in your linked list you will look at the first node, the head of the linked list. If it is not the element you were looking for, you follow the pointer, that will lead you to the next node. If this node does not contain the data you were looking for either, you continue by following the links throughout all nodes until you find the desired data. 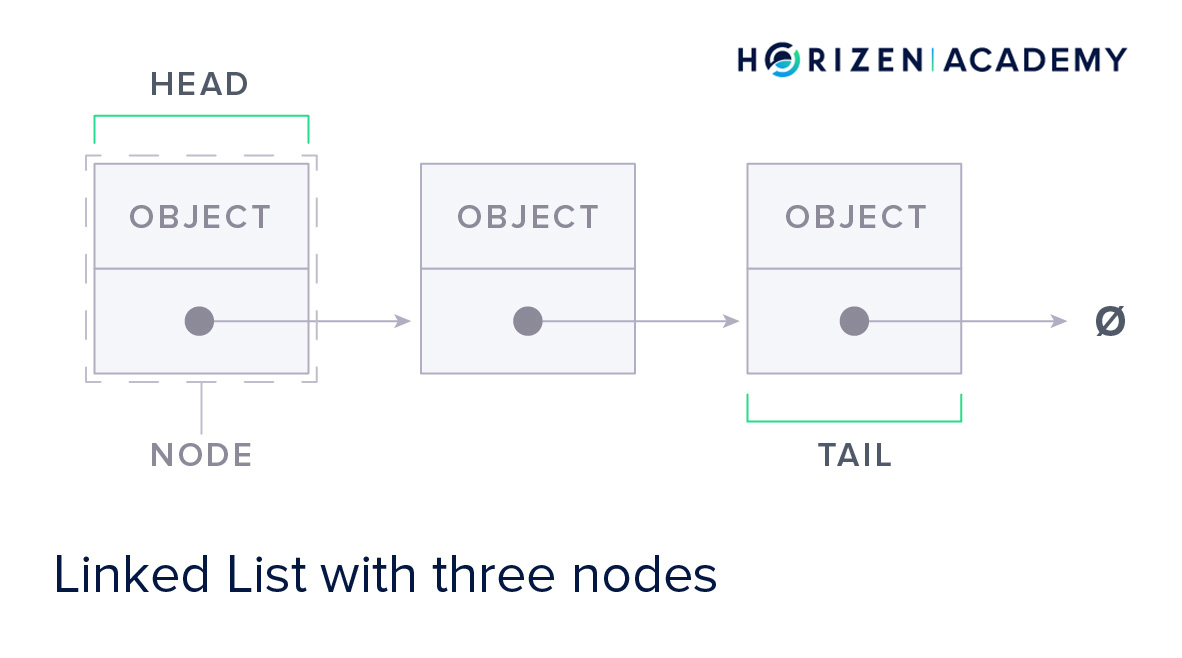 The blockchain is like a linked list in the context of data structures. The blockchain also separates the data into containers - the blocks. The blocks are quite analogous to nodes in a linked list. Each block contains a reference, which is the hash of the preceding block. This serves as a link to the preceding block and establishes the order throughout the chain of blocks.

The key difference between a blockchain and a linked list is that each reference in a blockchain is cryptographically secured. You may hear the term append-only data structure describing blockchains. This means you can only add data to a blockchain by appending it to the front. The secured links are constantly checked for validity. If you were to insert a malicious block in the middle of a blockchain, e.g. between Block 1 and 3 in the graphic below, you could include a reference to its predecessor (Block 1), but you cannot make the next block (3) reference your maliciously inserted block. 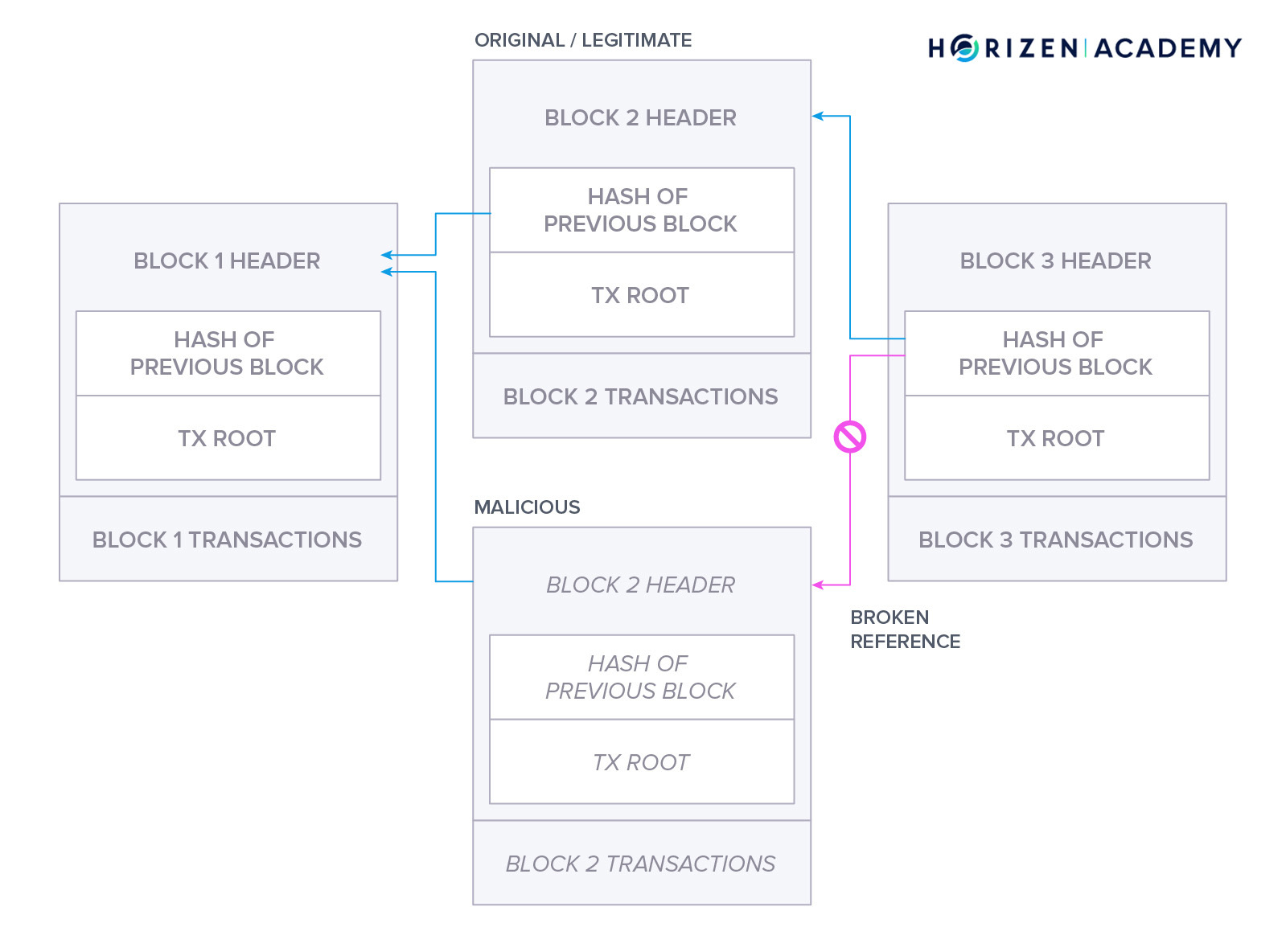 The references between blocks don’t just depend on the order of blocks, but also on the data contained within each block. It is not possible to add or delete data from a block in the blockchain. This property is the foundation of the trust people put in the data stored in a blockchain. The data structure of a blockchain is naturally tamper-evident. Any change of data breaks the references of all subsequent blocks.

While it is not possible to change or delete data, it is easy to add data in a new block to the chain. For example, you could add a new transaction on a cryptocurrency blockchain. The transaction is easy to verify because all the preceding transactions recorded on the network are immutable - this makes the verification of transactions simple. When Address Y wants to spend amount X, it must have a balance of at least amount X.

Cryptocurrencies are only one specific use case of blockchain technology. The blockchain is rapidly becoming a viable option to track supply chains, do fleet management, and more.

The blockchain is a method to store data in the context of computer science. The elements of a blockchain - its blocks - are cryptographically linked. It is not feasible to change data after it has been recorded to the block. This is why there is value in blockchain. It is an immutable ledger that stores data reliably in a trustless environment.

We would like to end this section with a tweet that distills the implications of blockchain technology in the context of data structures.